We carry out clutch and flywheel replacement on both Mini and BMW models, most models now have Duel Mass Flywheels ( DMF for short ) to absorb vibrations and give a smooth take up of drive.

A clutch consists of two parts, a pressure plate and a friction plate. The friction plate is the part that delivers drive and also allows the slip you need when pulling away for example, this is the part that can wear out, depending on driving style this can be anything between 50k miles or 200k miles! Motorway miles will not wear the clutch as much as stop / start town driving. When the friction plate is worn thin it can cause a high clutch pedal where the bite point is at the very top of the pedal, it can also cause the clutch to slip. If this happens it is important to replace the clutch as it can damage the flywheel and it may ultimately fail, leaving you stranded! 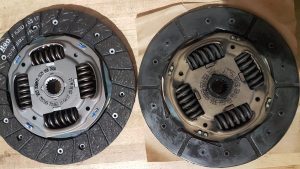 Picture above, the left friction plate is brand new you can the metals rivets are well recessed into the plate. The right friction plate has been worn right through the material and to the metal plate underneath, you can the metal rivets protruding, these will score and damage the flywheel. This Mini lost drive and had to recovered, we suspect the clutch pedal was high for some time and the customer reported to us that the clutch was slipping under acceleration before eventually failing.

The second part is the pressure plate, this is the part that you push against when you press the clutch pedal, on a BMW or Mini this done hydraulically. This process releases the pressure on the friction plate and disconnects the drive allowing you to change gear, it also allows you to control the slip on friction plate. Although this part does not wear it can become stiff causing a stiff / heavy clutch pedal.

When we replace the clutch we also replace it as a kit, replacing both aspects as well as the release bearing. We will only fit O.E.M clutch parts such as LUK and Valeo. Cheap clutch kits do not have the same quality as these makes

DMF Flywheels are now common place, unfortunately due to the complexity, they do from time to time need replacement, this is something that we can carry out again using O.E.M parts, the Flywheel if required will be replaced at the same time as the clutch kit.

Typically we can replace both the clutch and flywheel within a day and get the car back to you, we also have courtesy cars which we can provide whilst you car is in for repair. 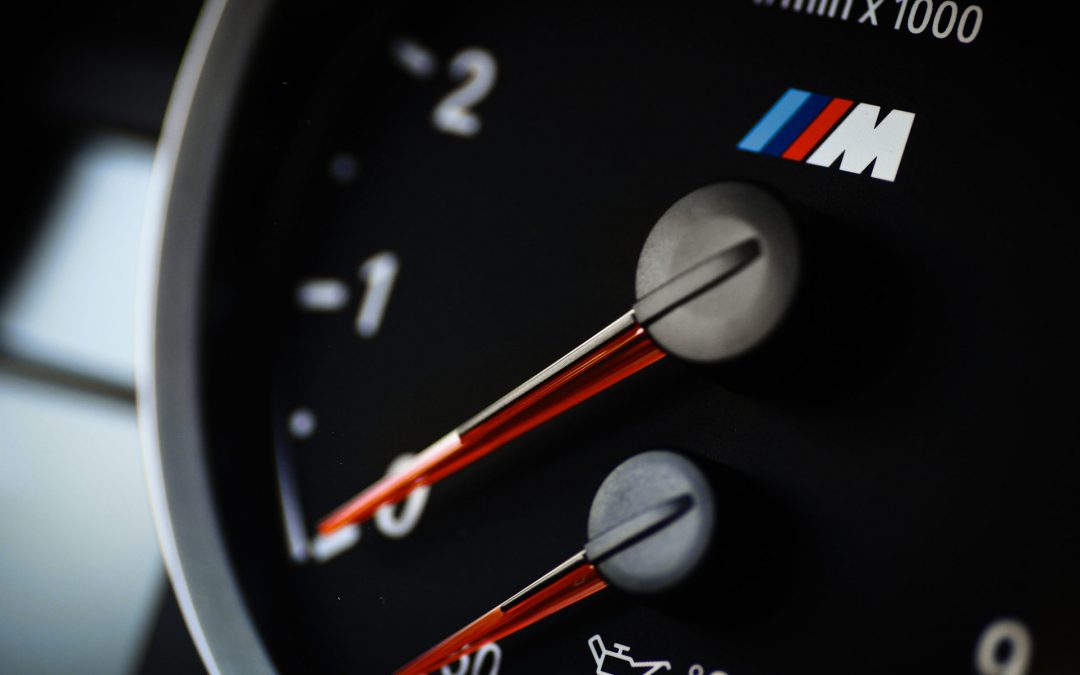 Please be aware that our new opening hours from the 1st of September 2020 will be, Monday - Friday...

BMAutomotive Solutions is now in its ninth year of trading and offers a high dealer level of...

BMW introduced DPF - Diesel particulate filters around 2004 and eventually phased them in to the...

Many breakdowns we see on a day to day basis can be prevented by regular servicing using quality...

As of May 2018 a removed DPF is now an instant MOT Fail, the check is not only visual but the...

BM Automotive Solutions really is a BMW and Mini specialist, where as most garages will...

We have seen a number of BMW and Mini vehicles affected by steering lock fault Fault codes...

With winter now upon us it is more important than ever to ensure your BMW or Mini is ready to go...